With the alms of correctly inheriting the tradltlonal japanese culture of karate and the spirit of karate martial art, we conduct activities that promote budo(martial art) karate through training. We also alm to contribute to society by nurturing young people who value good manners and inherit the japanese spiritual culture, and providing a rich human education. The strict training and technical system of kyokushin karate inherited feom the late Sosai Masutatsu OYAMA, founder of kyokushin karate aims to achieve the development of a sound body and the cultivation of a pure human nature. 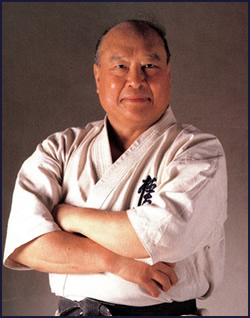 Founder of the International karate Organization kyokushin kaikan
10th Dan
Born june 4,1923
Oyama learned kenpo in his childhood, and at the age of 13 he entered Yamanashi Youth Avlation School of the imperial Japanese Army, where he learned karate under Master Gichin Funakoshi.
He studied at Takushoku University and Waseda Universlty, and won the All Japan karate Championship in 1947.
Oyama trained practiced karate at Mt.Minobu and Mt.Kiyosumi, and mastered secret techniques such as killing a bull with one stroke of his fist and cutting a beer bottle.
In 1952, Oyama went to the United States and traveled around the country to compete with professional wrestlers in earnest. He won consecutive games and intriduced karate to them.
After that, he traveled around the world to fight practitioners of various martial arts and spread karate throughout the world.
Based on the belief "karate is the strongest", Oyama advocated full-contact karate and fouded the International Karate Organization Kyokushin Kaikan in 1964.
He triggered the kyokushin boom by holding the All Japan Karate Championship and the World Open Karate Championship which led to today's martial arts boom.
In the meantime, he built a martial arts organization of 12 million people in 130 countries On April 26, 19941, Oyama died of lung cancer at the age of 70. 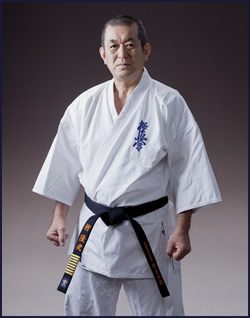 Born In Kagoshima Prefecture, Take entered the Honbu Dojo(headquarters) at the age of 18.
He tralned under Sosai Masutatsu Oyama, and was active all over Japan with his powerfull Tsuki(punch) and Gedan(lower kick) when he was still active.
He is renowned for feats of breaking a metal baseball bat. In 1981, Take established a branch dojo in Kagoshima Prefecture starting from his hometown of Amami Oshima island, and there are now 59 dojos in Kagoshima Prefecture.
Take currently serves as President of the International Karate Organization World Kyokushin Kaikan.
His achievements in nurturing many talented karate players, such as champlon of the World Open Karate Championship and champion of the All Japan Karate Champlonship are well received in the karate circles.
He is presently 8th Dan. Take works ceaselessly to spread the spirit of karate martial art, which is the essence of Kyokushin Karate established by founder Sosai Masutatsu Oyama, and to develop Kyokushin karate. 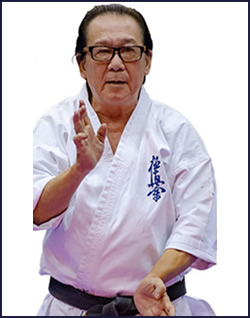 Prior to studying Kyokushin karate, Chong had practised judo and was a judo instructor in the Singapore Police Force. In 1965, Chong sailed to Japan to train under Mas Oyama, without informing either his wife or his father of his intentions.
He attained the ranks of 3rd dan in 1968 and 4th dan in 1972.
At some point after 1968, Chong established his own dojo, which was not registered with the Singapore Karate Association Chong had attained 5th dan by 1975 and was at that rank until at least 1979.
Chong was responsible for training Inamullah Khan, pioneerof Kyokushin karate in Pakistan. In 1988, Chong received the Pingat Bakti Masyarakat (Public Service Medal) from Ong Teng Cheong, then Deputy Prime Minister of Singapore, for services to the martial arts. Chong is currently ranked 8th dan in Kyokushin karate, and was promoted to that rank in 1999.

■Activities such as tournaments, enbukai (martial arts demonstration), and training aimed at promoting and developing karate
■Conferment of Dan-i (dan rank) and Kyu-i (grade) in Karatedo and holding of a review meetings
■Practicing the martial arts karate spirit, providing guidance, support, and dispatching and fostering experts to organizations and members that conduct activities business with the aim of fostering youth and developing a rich human being
■Training and promotion of referees at tournaments and matches
■From the aspect of karate bujutsu, the study of the system of techniques and the acquisition of specialized knowledge, as well as the collection and research of karate materials
■Work deemed necessary to achieve the purpose of the organization 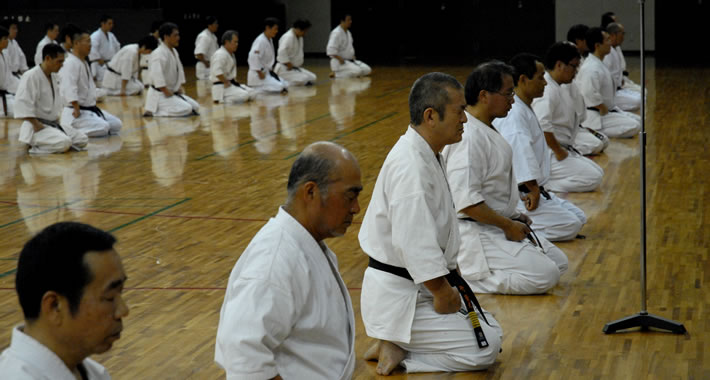 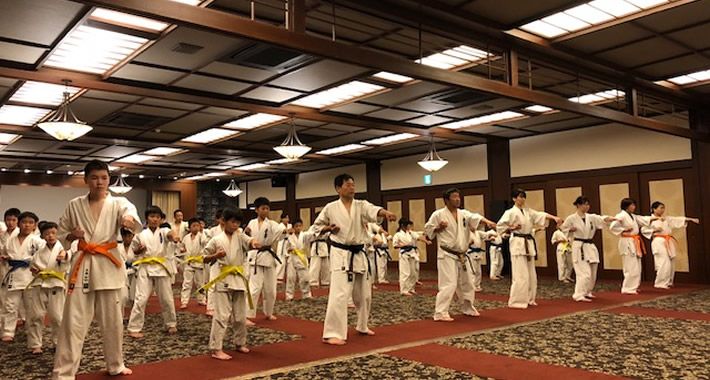 If you would like to join the World Kyokushin Kaikan, please download the entry sheet below and send the completedfrom to the following email address.
E-mail:info@world-kyokushinkaikan.org
Applicant screening takes about 1 to 2 weeks. We will infrom you the results by email when it is over.
Download Entry Sheet